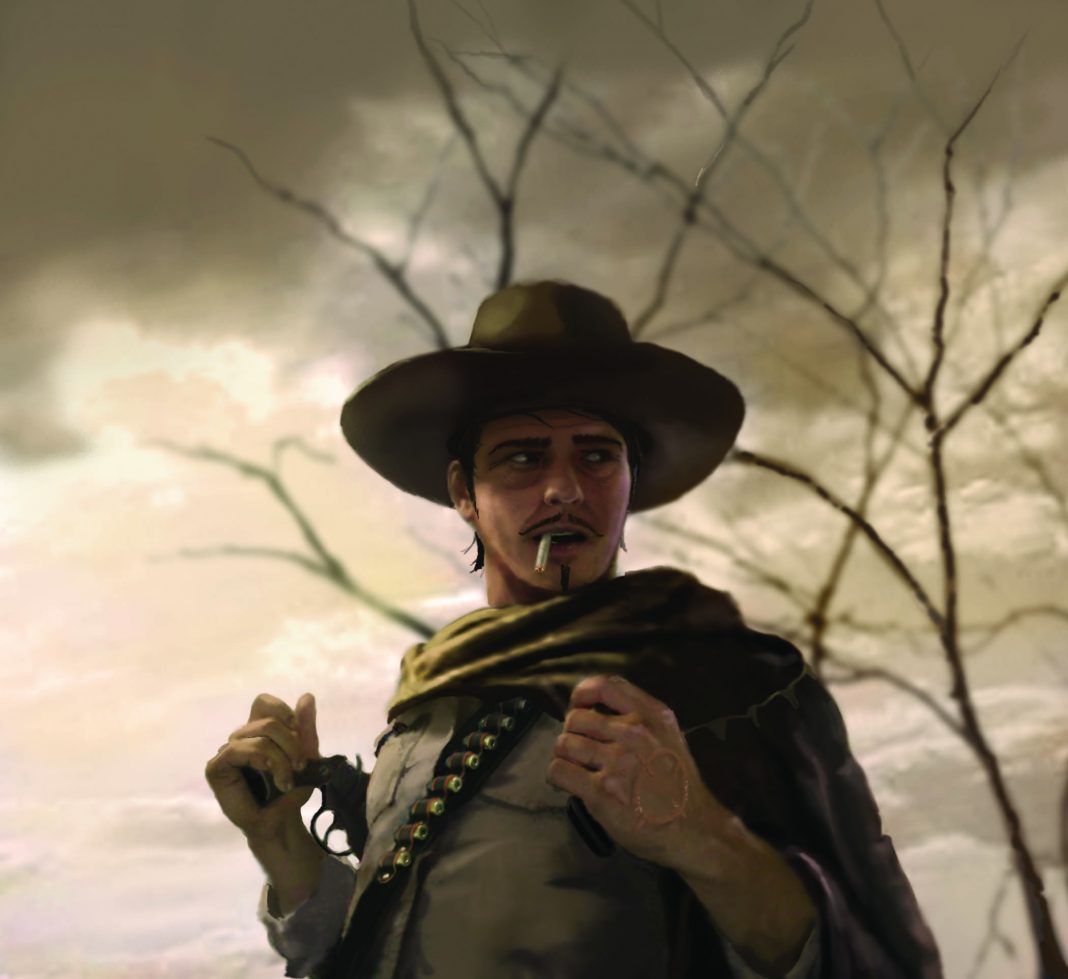 Since arriving in Gomorra, Pancho Castillo had been sparking a soiled dove who went by the name of Natalie. Natalie had soft, golden ringlets of hair that cascaded down her shoulders and neck, and she looked stunning wearing the normal dark colors that accented her pale skin. She had stopped charging him for her services nights ago. Her employer, Charity, had been none too happy about that, but he’d been paying her a small fee behind Natalie’s back. Pancho might be a thief, but he was an honest one.

Tonight, however, something felt different, and when Pancho placed his hand on her thigh, he discovered that she was armed. His first thought was that someone had threatened or hurt her. Many men in Gomorra didn’t know that a woman was like a delicate flower; you hold it gently and enjoy it, not pluck it and discard it when you were finished. Pancho enjoyed her company. He cared for her in his own way and believed that no woman should live in fear.

But when he looked up to ask her, he was met with the barrel of a Remington Model 95 Derringer. “Pancho Castillo, you are under arrest by the authority of the Texas Rangers.”

Pancho was as unarmed as he was undressed. Sliding back gently with his hands raised, “Perhaps we could take care of this, after –”

“Thank you, no. Move slowly to your clothing and place your pistol on the bed.”

Pancho did the opposite, moving closer to her. “Are you sure?”

“A shame.” Pancho moved so quickly Natalie didn’t even realize what had happened until her other Derringer was pressed to her temple. He moved closer still until his lips were almost touching her ear as he whispered, “The gun, mi amada?”

She was filled with shock and awe about how quickly and gracefully he had moved. She struggled to keep her breathing steady. She felt his warm breath on her neck as she carefully handed it over.

Pancho bound her hands with a spare stocking he found by the dresser. “I am sorry, but I do believe tonight will be the last I spend in your company,” Pancho offered in apology to the bound woman as he dressed.

Taking the Derringers with him, Pancho left and went down to Charity. He paid her as normal, plus a little extra. “Things got a little … strange, and Natalie may need your assistance. You should check on her.” Pancho winked in a conspiratorial way.

Charity raised an eyebrow as she watched Pancho leave