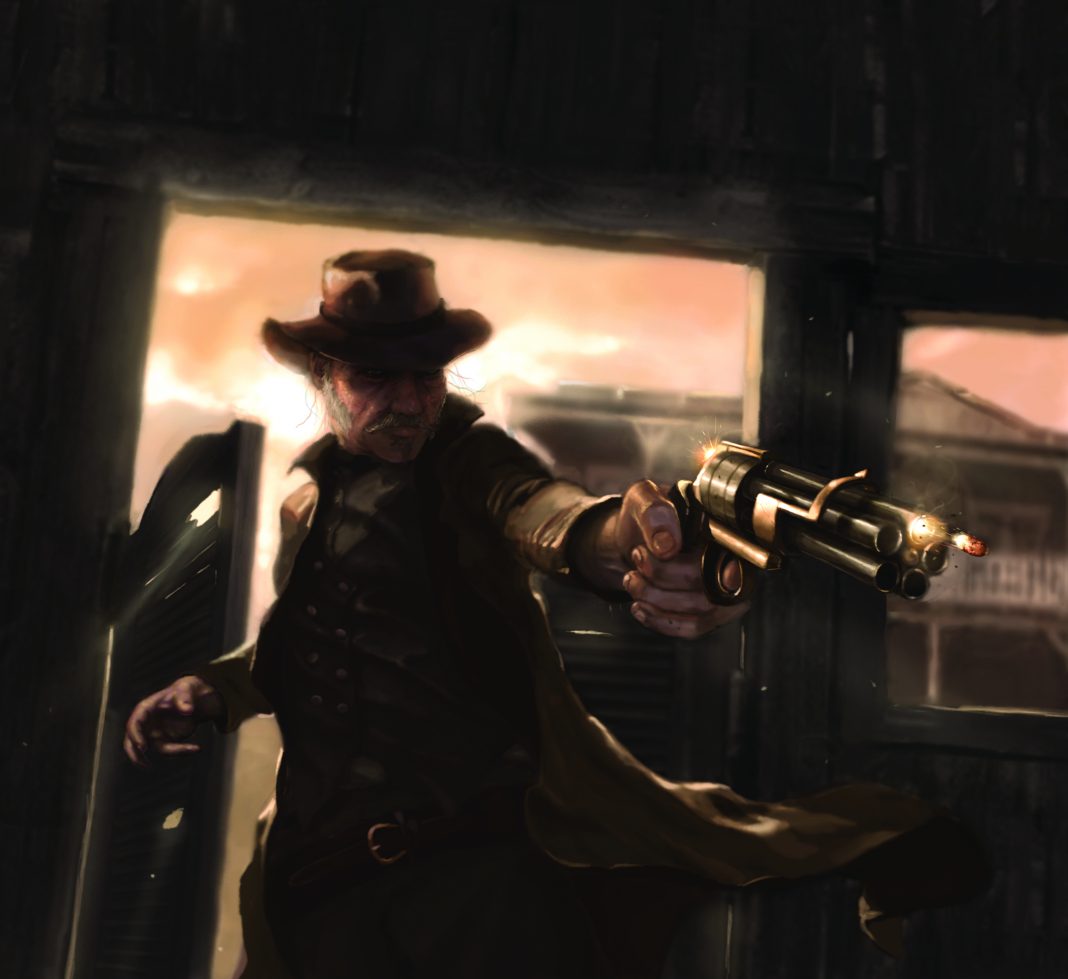 “Actually Mr. Healey, it’s rather simple,” Elander Boldman explained once again, quite proud of his creation. “It has a small clockwork engine inside. Unlike a regular gun, pulling the trigger doesn’t simply release the firing pin. Instead, it starts the engine, which fires the pin and spins the chamber automatically, projecting all six bullets in mere seconds, far faster that one could ever do so manually, even ‘fanning the hammer’.”

The wild-haired scientist stopped for a deep breath to calm his excitement before continuing. “After the final shot is fired, it spins and tries to fire again, but when the pin fails to make contact, the engine turns off and allows for the weapon to be reset. In the end, it is not as powerful and has less shots than the standard gatling pistol, but I can produce them cheaper and in varying sizes.”

“Y’know, I barely followed any o’ that. When I asked ‘how’s it work, Elander?’ what I really meant was how do I use it,” Lane Healey said in an exasperated tone.

“Oh,” Elander sighed. “Well in that case, Lane, I would suggest you point it at your enemies and pull the trigger.”

“I swear,” he thought, “it is truly impossible to find an intelligent conversation in this place.”