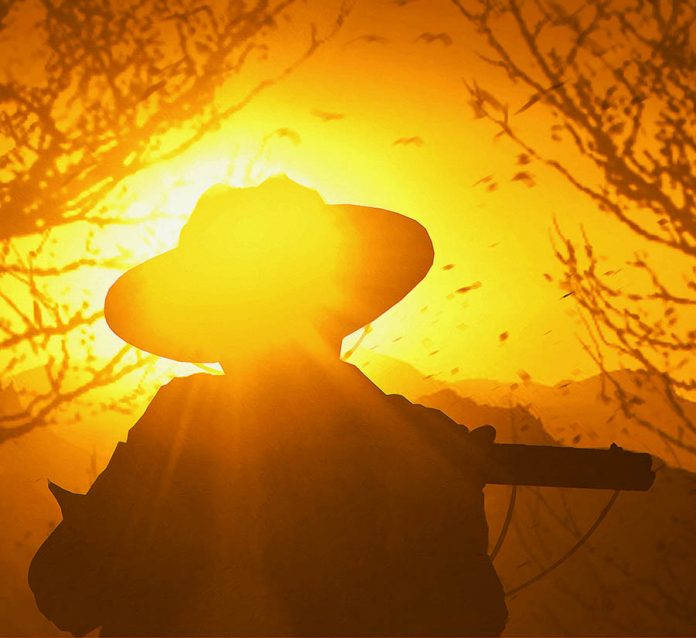 Fred Aims had a mouth that got him in trouble on occasion. Today was one of those occasions.

“Duel at high noon? Make it six a.m. I do my killing before breakfast,” the six-foot eight inch giant, Terry Perkins, bellowed as he stared Fred down.

“Terry, I assure you my brother meant no disrespect; he was merely joshin’ ya.” Silas was trying to calm Terry down, but he knew it was an impossible task.

“Don’t worry, I’ll be there.” Fred said, sneering. Terry turned and stormed out of the bar.

“He’s going to kill you, you know that, right?” Silas said, shaking his head.

“Ye of little faith. I happen to have a plan.” Fred gave his brother a reassuring grin.

“Aims! I told you I’d come for you!” Terry bellowed as he walked toward the brothers’ camp. “It’s almost seven a.m.! I told you, I do my killing before breakfast!”
The groggy Fred stumbled out of his tent. “Terry look, I’m sorry. I overslept. Ain’t no reason for us to kill each other though, anyways … let’s let it go.”

“I’ll think about it while you dance for me.” Terry took his gun and pointed it at Fred’s feet. Fred braced himself as he heard the gunshots ring out and smiled as his feet remained unharmed. The big man slumped forward before collapsing at Fred’s feet.
Silas approached from behind Terry’s corpse. “Some plan, having me take care of your dirty work.”

“What are big brothers for, if not saving your hide?” Fred quipped as Silas shook his head.