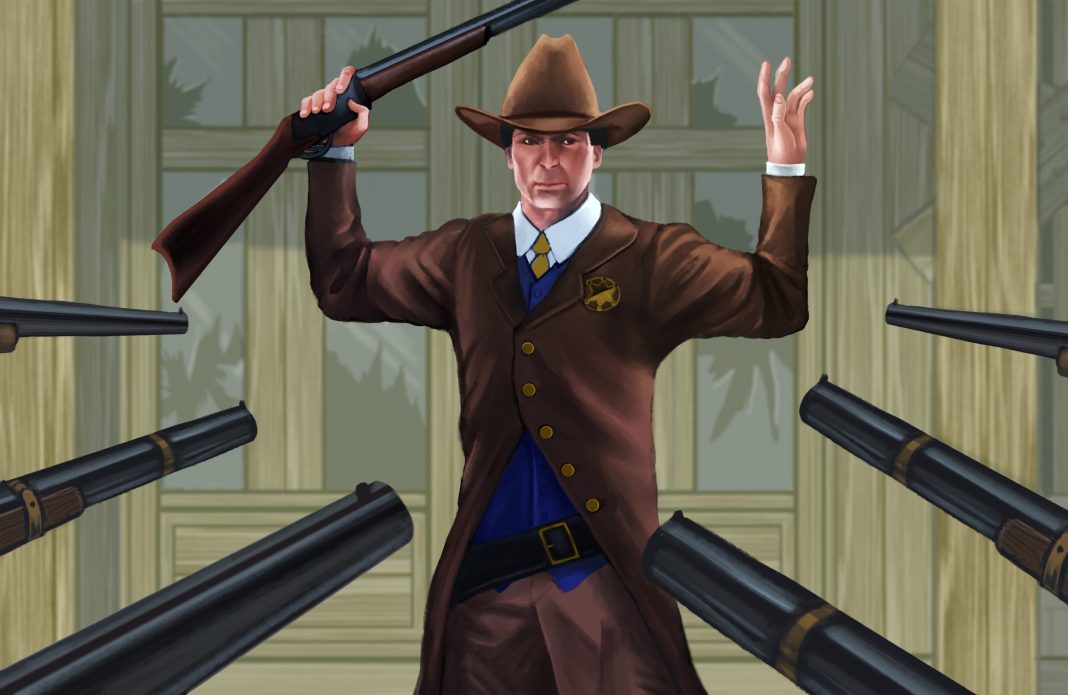 Philip Swinford gripped the saddle tightly as his mount jumped over a small wash. The deputy was no horseman, not like those Morgan cowboys, but he managed to stay in the saddle and continued following the fugitive’s tracks.

The debate had ended in mass confusion. Both candidates were dead as the screaming crowd stampeded from the bloodshed. Philip escaped the terrified crowd and headed for the office. Swinford hadn’t even stopped to discover if either of the candidates had survived. It was time to enforce the law and he was a man on a mission. In the meantime there was no time to stop. He was chasing a fellow on a wounded horse and intended to capture him in the next few minutes.

Philip nearly collided with a man coming out of the sheriff’s office. He narrowed his eyes, scrutinizing the man in the round framed glasses. “Mr. Slavin,” he said in recognition. “What’re you doin’ here?”

Richard glanced toward the town square. “Just making sure the sheriff was aware of this carnage.”

“I’m chasin’ one of the killers right now.”

Slavin pointed eastward. “The one with the injured horse? I think he went towards Soddum!”

Philip dashed inside to grab a rifle and a box of extra cartridges. Rushing out the door, he unhitched one of the Sheriff’s horses out front, shoved the rifle into a scabbard, mounted, and rode off.

As he rode, Philip was amazed at how plain the tracks were. He lost the trail where it crossed a small stream but quickly picked it up again. The trail led toward several grey boulders leaning against each other, forming a sort of tunnel. He had to dismount and lead the horse through but the tracks remained clear.

He came out of the shade of the tunnel, blinded by the bright sunlight when he heard the ominous click of a revolver being cocked. He started to spin towards the sound but froze as he heard the same sound repeated around him. He had ridden right into a trap.

Philip turned in time to see a huge bearded man spit a huge gob of tobacco juice in his direction, splattering on his boots. He pointed his big .44 at the deputy. “Where’s your boss, boy?”

Philip swallowed hard. “I heard he was chasin’ Sloane!” He pointed his rifle at the ground.

Sanford Taylor guffawed, “Sloane’s way too slick for that lawman.” He then got quiet for a moment before continuing. “The real question is what to do with you.” With at least four guns pointed in his direction, the deputy did not resist as the bearded outlaw disarmed him.

“I’d like to carve him up a bit’,” threatened a man wielding a knife so large it could have been a sword, “but we better wait for Sloane.”

Philip heard the crunch of gravel just behind him before he was struck fiercely by the butt of the outlaw’s Colt. Darkness overwhelmed him as he heard someone growl, “I hate law dogs!”