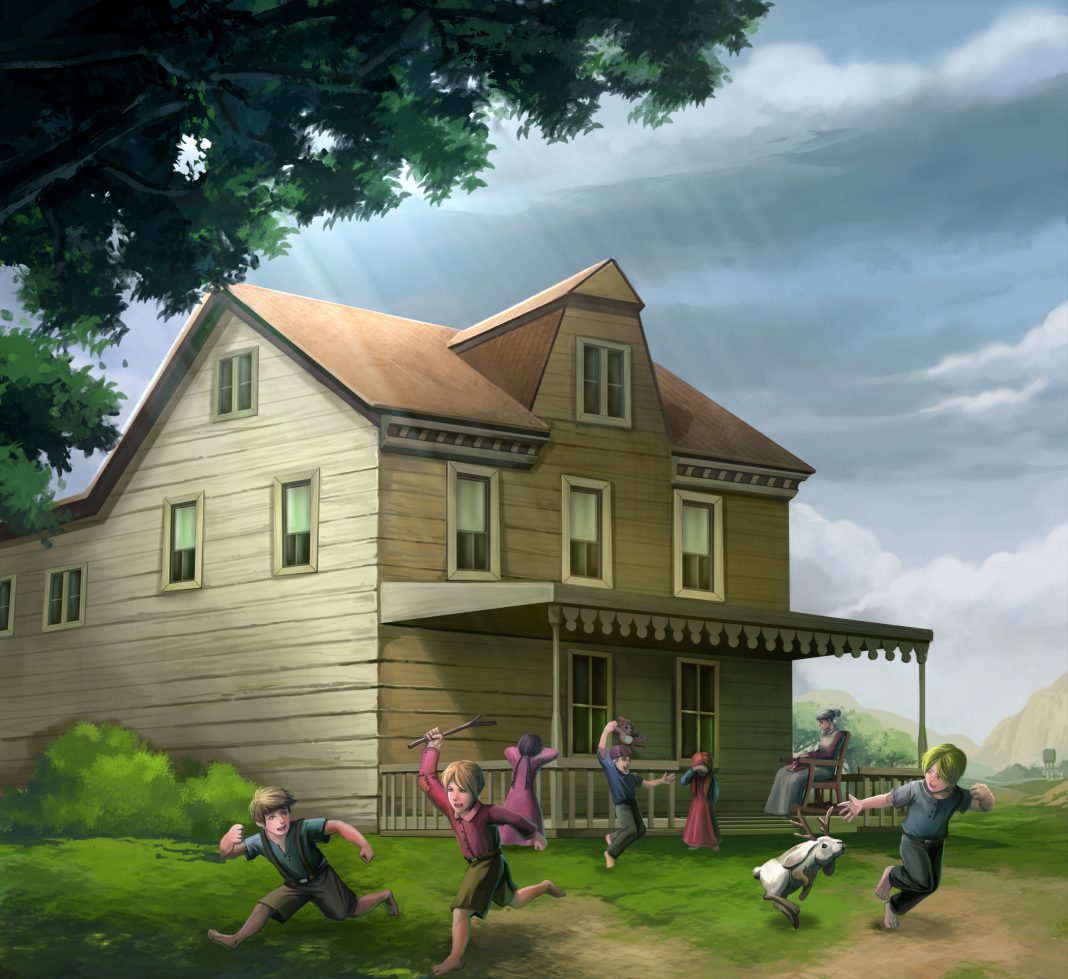 Miss Willa Mae was way too strict. She said they could drape sheets off the top bunk to make their fort, but they couldn’t hang a lantern in there because it’d burn the place down. Without a lantern, how can they see all their important plans without taking the sheets down? And if they take the sheets down, how can you still call it a fort? The goblin could just saunter in!

They’d be sorry when that little goblin attacked the orphanage and they didn’t have a well-lit fort to hole up in. Sometimes, Jack felt like him and Drew and Ty were the only ones who gave a darn about this town.

Jack pulled out his map, squinted at it in the darkness, and marked an X next to what he thought was the orphanage. “Okay, Becky Riggs says the goblin was here yesterday, stealing cookies … but that’s nowhere near where we usually see him. You think he’s out here ‘cause he’s looking for us now?”

Ty shrugged, scratching Mittens the jackalope behind his little antlers. “Maybe he’s looking for cookies? If I was a goblin, I’d want some. Probably hard to find, since Miss Willa Mae don’t cook for goblins.”

“They’re oatmeal cookies!” said Drew. “Goblins don’t like oatmeal. That is a science fact. It gets stuck in all their goblin teeth. ‘Sides, every other time we seen him, he’s gone for hard candy.”

“Well, he’s got to have some reason to want them,” said Jack. “Maybe he’s gonna put a spell on ‘em or something, like, the kind of thing where they put out sweets for a kid and you eat ‘em and you fall asleep and wake up locked in a cage with a witch who wants to eat you?” He put a hand on his chin. “I bet if we knew he was coming back here, we could lay a trap for him … put a net on the ground, put the sweets in the middle, and when someone picks ‘em up, BAM! Caught ‘im!”

“If we did that we’d probably just catch Becky Riggs,” said Drew. Jack was pretty sure he was rolling his eyes but couldn’t quite make it out. “And who needs a net?” he added, drawing his slingshot with a flourish. “I tell you, if I get a good shot at him … Whack! I’ll knock that little booger clean out!”

Ty and Jack stared off into space for a bit, not really sure why Drew thought that would work but not wanting to question him. Then Ty added, “You know, what if we asked Benji Washington and his kung-fu gang to help us? I bet they could round up that goblin.”

“Benji Washington is not in a kung-fu gang!” Jack snapped. “He made that up so we’ll think he’s important! This is serious stuff, Ty. We can’t mess around with silly ideas like that! Now, we need to figure out how to get a net and a bunch of lemon drops …”