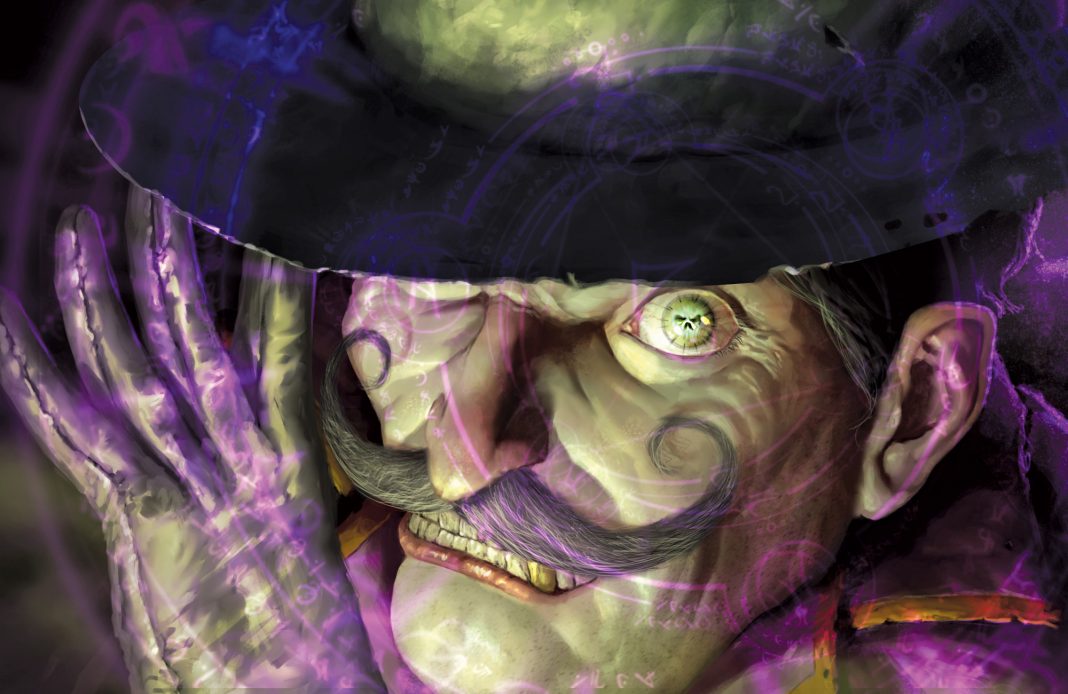 Abram Grothe strode toward the Fourth Ring’s tents, the mid-afternoon sun creating beads of sweat on his face. Recent insight into the disease plaguing Gomorra showed that the Ringmaster was responsible. When Valeria Batten came forward to say he was also responsible for murder, he decided it was past time to put a stop to them. “Everyone ready?” Abram asked.
“Let’s bring this clown down,” Lucy said, flanking Abram’s right. Wendy, standing to his left, nodded.
Gang Yi, Drew Beauman, and Deborah West followed, completing the posse. The most healthy and able of those available, each with their own talents and gifts.
The group moved cautiously into the tent. It was empty, the barren stands surrounding an open dirt ring. “Ivor Hawley,” Abram shouted. “You’re wanted for the murder of Richard Slavin! Come out with your hands up!”
Crooked laughter echoed in response, coming from everywhere and nowhere at once. “Is it
showtime already? I was certain we had another few hours.”
Gang Yi pushed past the others. “Show yourself, you coward!” he said.
“Tsk, tsk. Where’s your sense of drama, boy?” Ivor Hawley stepped into the circle through the rear entrance. “Step right up, come one, come all! Witness wonders like you’ve never seen!”
Gang Yi drew his pistol and looked to Abram, who nodded his assent. As he rushed forward to make the arrest, Hawley raised a single hand with lightning speed, wrapping his fingers firmly around the deputy’s throat and lifting him off the ground.
The others drew their weapons as the ringmaster’s form mutated into an dark shadow of the gregarious showman they’d all seen before. His appearance was no longer human. Unnatural, golden eyes glimmered; his face wrinkled, skin dripping as wax melting from a candle. A smile of sharp, rotted teeth mocked the posse who stood in terror.
“What in tarnation?” Lucy Clover breathed.
Wendy stepped backward, training her shotgun on Hawley. Even Deborah, blind as she was, felt the fear pour over her from Ivor’s direction.
“Now there’s the drama I was hoping for. Ladies and gentlemen! Prepare to be dazzled!” Ivor Hawley cackled through decayed teeth. He turned his attention back to Gang Yi, who struggled to free himself from the monster’s grasp.
Gang Yi coughed and choked, gasping for air. He looked back at Abram, fear crossing his eyes like the Sheriff had never seen.
“Hawley, stop this! Now!” Abram said.
“Alas, Sheriff. The show must go on,” Hawley said, intently focused on the weakening man in his hand. Gang Yi howled in pain. Onyx veins popped from his skin, crawling from the place where Ivor held him fast. His flesh bubbled with boils, some erupting into painful sores. “Abram –” he managed to spit out before his eyes rolled back into his head. All that followed was weak grumbles and growls, spittle dripping from his lips as the ringmaster dropped him to the ground.
“Oh my,” Hawley said, horrific laughter escaping from behind those sharp teeth.
Abram’s eyes widened. Clutching Evanor’s hilt, he charged forward, only to slam into the air around Hawley like it was the adobe brick of the Gomorra Parish.
“Sheriff Grothe, as I recall, you attended our opening show. You should know you can’t change the natural ebbs and flows of a command performance. The climax must be reached naturally. The main event shall come. But! Before that, perhaps a side show? Something to astound and dazzle you!”
Abram pushed, but to no avail. He couldn’t press forward, only watch in horror at what followed. Hawley spun around toward the back entrance. “My family! The time has come to unveil our latest attractions!”
Shadows moved to either side of Abram. Clowns and horrors alike flooded in through the back flap. One by one they cut the ropes holding the back of the tent up. A large tarp cascaded toward the ground to reveal a pair of creatures cast from Hell itself.
The largest loomed before them, almost as large as the tent itself, with burning red eyes, gaping jaw, and horned face. The beast roared, its foul breath pungent even from Abram’s distance. Twisted clowns rushed forward just behind it, followed by the second creature. It bulged with stringy muscles, blades protruding from every joint, weighed down by a number of large iron shackles.
Hawley spun back around. “Friends! Fellow showmen! Please welcome our guests to the
greatest show on Earth … or anywhere else for that matter.”