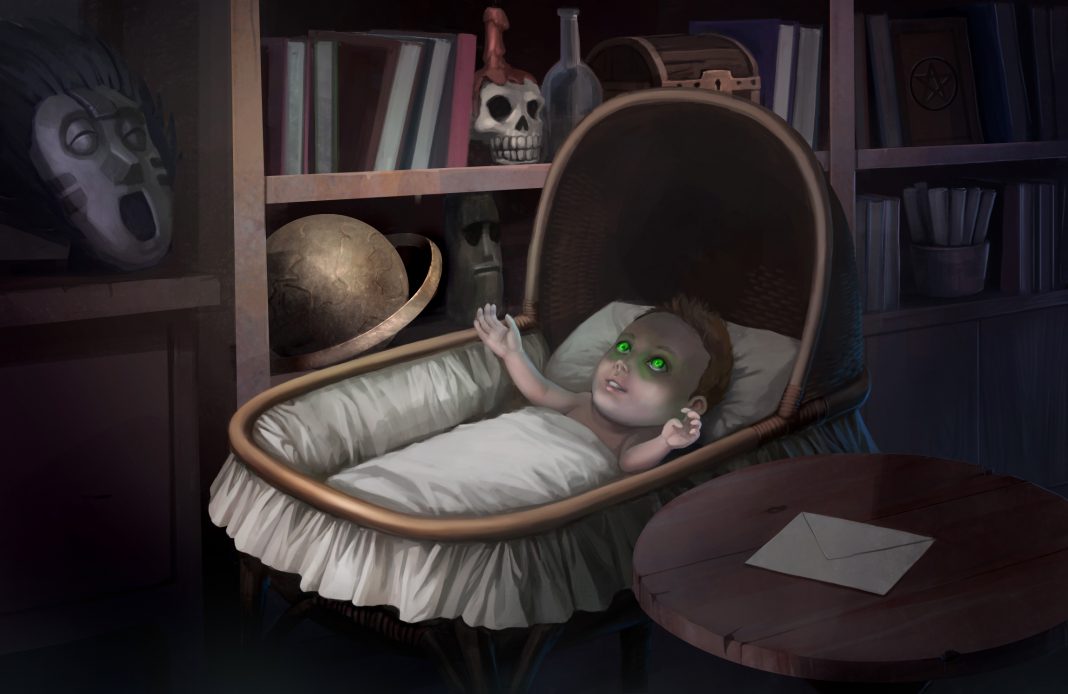 Theo Boyer-Whateley wiped his lips. The white linen napkin contrasted with the floral swirls of his paisley shirt. He gave a contented sigh. “Once again, cousin, your menu choices are both creative and delicious.”

“You’re welcome, as always. But know tonight was a most special dinner,” said Nicodemus Whateley.

Nicodemus looked wistfully around the room. “It is time for us to leave.”

“Why on earth would we do that?” Agitated, Theo ran his fingers through his hair.

“Not much of a town anymore. If ever there was.” Nicodemus gave a rueful laugh. “Certainly not my town.”

“Wait a minute. You’re not only mayor of Gomorra, California — duly appointed at that — but you’re also head of the most powerful wizard family this side of Wichita or at least the Rockies.” Theo locked his fingers behind his head before resuming his animated brushing. “And that ritual of yours took care of those blighted like nobody’s business.”

“Gomorra once served our family’s ambitions, but not anymore.”

“But, but,” Theo sputtered in confusion.

“It is time for us to go. Whateley Isle awaits us and what remains of our family.”

“But the Estate holds fantastic energies and fearsome powers. You can’t just leave the manor unattended.”

Nicodemus feigned offense with a gasp. “I would never dream of doing such a thing.” He threw one final bite into his mouth before wiping his mouth and throwing the napkin to his plate. With a follow me gesture, Nicodemus led the way out of the room and up the stairway. After walking down the hallway, he stopped and opened a door.

Theo followed his cousin inside as his eyes widened in shock and admiration. “A child? What darkness are you conjuring that you would start robbing cradles again?”

Nicodemus laughed. “No, this one is our blood. I conjured him for a purpose. Just as this house hides great secrets, so this small boy possesses ample power to ward off any who seek to destroy or defile the Estate.”

Was that green light, almost fire-like emitting from the baby’s eyes? Theo blinked, and the light vanished, if he had even seen it at all.

Theo felt a hand on his shoulder. “It is time to leave.”

Nicodemus reached a hand into the cradle, caressing the child’s face with his index finger. “You know, I’m really gonna miss this place. Take care of it for the family, won’t you, child?” The baby gurgled and waved his stubby little arms as the two men departed, each to their rooms. They met at the bottom of the stairway.

Nicodemus opened the entryway closet and lifted out his carpetbag and a purple duster.

“You have been planning this for a while.”

“Ever since you showed up in Gomorra, Theo. My stewardship was never for Gomorra, but always about the Whateley legacy. It took you coming here to remind me of that.”

With that, Nicodemus led his cousin out the door and into the moonless night. A baby cooed, and as Theo turned to look back at the Estate, he caught a flash of green from the upstairs window. Perhaps it was just the rustling of the wind along with a trick of the light. A low rumble, felt more than heard, shook the ground beneath them. Or …