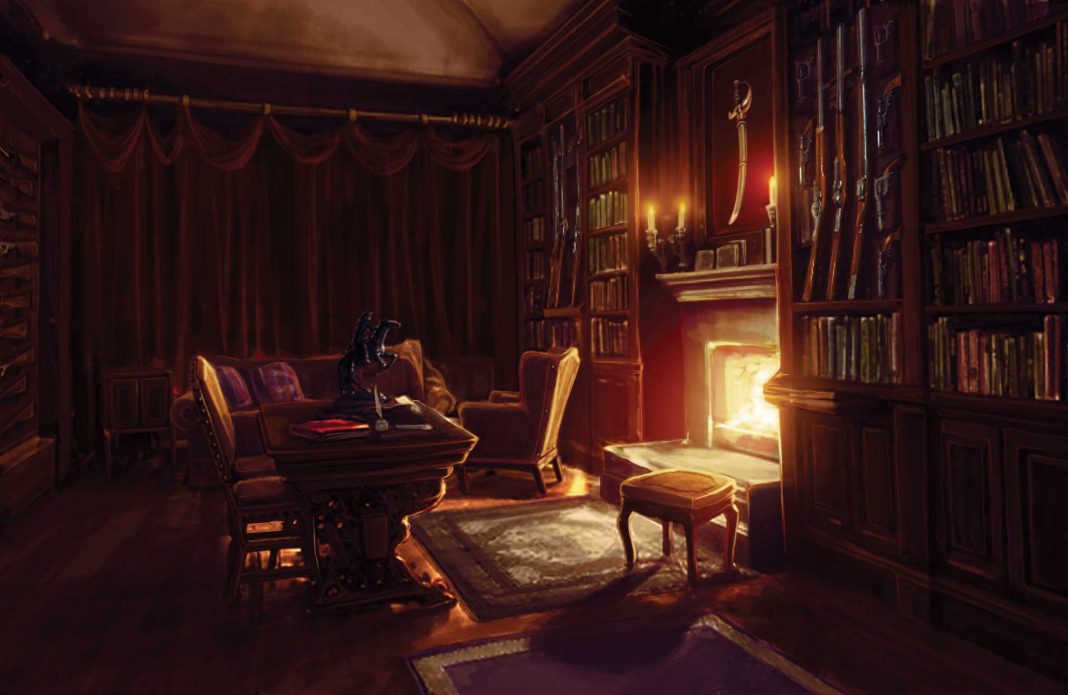 Warren Graves lounged behind his desk at the Shane and Graves Security office, his hands dutifully cleaning the chamber of his Colt revolver while he waited for his partner. Late as usual. What kind of trouble you into now, Nate?

He lifted his head as the front door opened with a creak, but instead of his long-time friend, a tall man in a finely tailored brown suit strolled across the threshold. The man paused for a moment to knock his boots against Warren’s desk, sprinkling dust and dirt onto the wood floor. Graves continued to clean his gun, unperturbed. He knew this meeting would happen sooner or later, but he had been wishing for later.

“How rude of me,” the man said after an uncomfortable silence. “My name is –”

“Lane Healey,” Graves interrupted, sliding a bullet back into the chamber. “I know who you are.”

Healey sauntered around the room, tracing his finger across the dark stained bookshelves that lined the walls. He stopped at the weapons cabinet and gave the glass a quick tap. “You two have carved out a pretty little spot for yourselves here in Gomorra, haven’t you?”

Graves sighed and flipped the chamber shut. “It’s late, Healey. What can I do for you?”

“I just came to introduce myself to the new boys on the Morgan payroll.”

“Well, son, I try to not to judge a book by its cover, no matter how promising it might look.” Healey slid one hand into his coat and produced a thick envelope. “It’s how the book reads that I’m concerned with.” He tossed the package on Warren’s desk.

Graves opened the flap and fanned the bills with a finger. “Let me save you the trouble and skip to the ending,” he said, sliding the package back across the desk. “Lillian Morgan hired us to see to her safety, and that’s what we –”

The door flew open behind them, and Nathan Shane limped inside. His jeans were spattered with dirt and mud, and a small stream of dried blood trailed down one arm. “Lord, you wouldn’t believe –” he began, stopping abruptly as he laid eyes on their guest.

“Ah, you must be Mr. Shane,” Healey said, turning his attention to the new arrival. “My name is –”

“I know who you are,” Shane replied, his face turning to stone.

Healey tipped his hat and tapped the unclaimed envelope. “As I was about to tell your associate, Tallulah Morgan sends her regards.” He straightened his coat and walked to the open door. “If I were you,” he said, sparing a backward glance, “I’d make sure I backed the right Morgan.”

Shane and Graves watched silently as Healey strolled out into the night.

“That need to be seen to?” Graves asked, noticing the arm hanging limp at his partner’s side.

“This?” Shane replied, flexing his hand. “Nah, just a scratch.” He nodded towards the swinging door. “It’s him I’d be concerned with.”