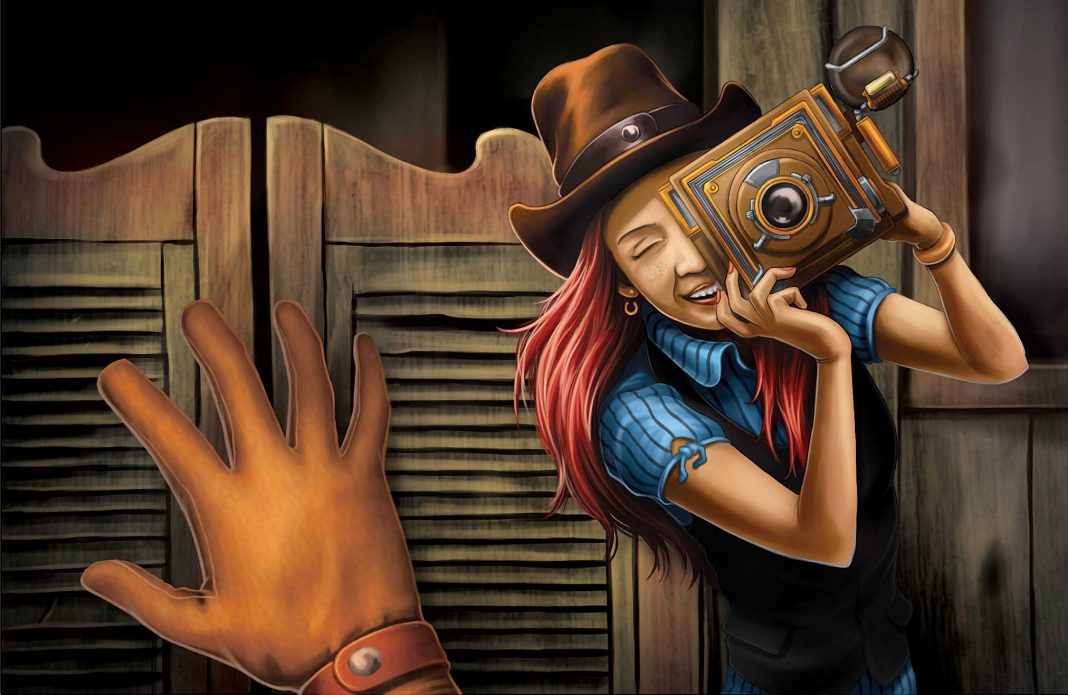 Alexis Mirges lurked near the sheriff’s office, waiting to pounce. She’d spent the last hour trying to wrangle someone official for a scoop, though few deputies had made their way in or out of the building. A good story was brewing, and she wasn’t about to miss out.

Clyde Owens had proved quite the talker down at Charlie’s Place (after the enticement of a couple of rounds, of course). He’d let slip that most of the deputies were currently out searching for the missing Philip Swinford. No one had seen him since the Election Day Slaughter (as the Gazette’s headline had named it, a point Alexis was particularly proud of). It was interesting information, but she had new stories on her mind – and she needed a quote to put it all together.

With a creak of hinges, the bat wing doors to the sheriff’s office swung open. Alexis peered around the corner to see Sheriff Dave Montreal himself emerge, someone notoriously tough to pin down for interviews. He liked to keep to himself, a real “don’t waste my time and keep to the facts” kind of dude, or so her editor had said. The perfect challenge for Ace Reporter Alexis Mirges! She scurried to get in front of him.

“Sheriff Montreal. Alexis Mirges, Gomorra Gazette. Can I have a few words with you?” she asked, with a bright smile.

“I’m busy at the moment and I don’t talk to the papers anyway. I’m under oath not to divulge anything,” Sheriff Montreal said, sidestepping her and continuing down the street.

Alexis gave chase, her smaller legs taking twice as many steps to keep up with the sheriff’s long strides. “I want to talk about the Lawrence Blackwood arrest. Since there’s no proper courthouse, I’ve heard that the trial is set to –”

“That’s none of your business,” Sheriff Montreal said, cutting her off. “Please, I don’t have time.”

Alexis stopped and the sheriff kept going, treating her as nothing more than a nuisance, a fly buzzing around the brim of his hat. Determined, she narrowed her eyes. “I have it from a source that the Blackwood trial is a foregone conclusion. I believe ‘rigged’ is the word. I’d hate to go to press with that.”

The sheriff turned, looking her in the eye from a duel’s pace away. “Who told you that?”

“I keep my sources private.”

“It’d be helpful to know where the leaks are, Miss Mirges, if only to maintain law and order within my ranks.”

“How’s about we make a deal?” Alexis asked, her heart racing with anticipation.

“Nothing in the press before the trial in exchange for an exclusive interview. Otherwise, you can read all about it tomorrow like everyone else.”

He sized her up for a long moment, then sighed. “I suppose an interview won’t hurt. But nothing until after the trial. Understand?”

“Clear as day,” Alexis said, catching up with him again, practically giddy with pride.