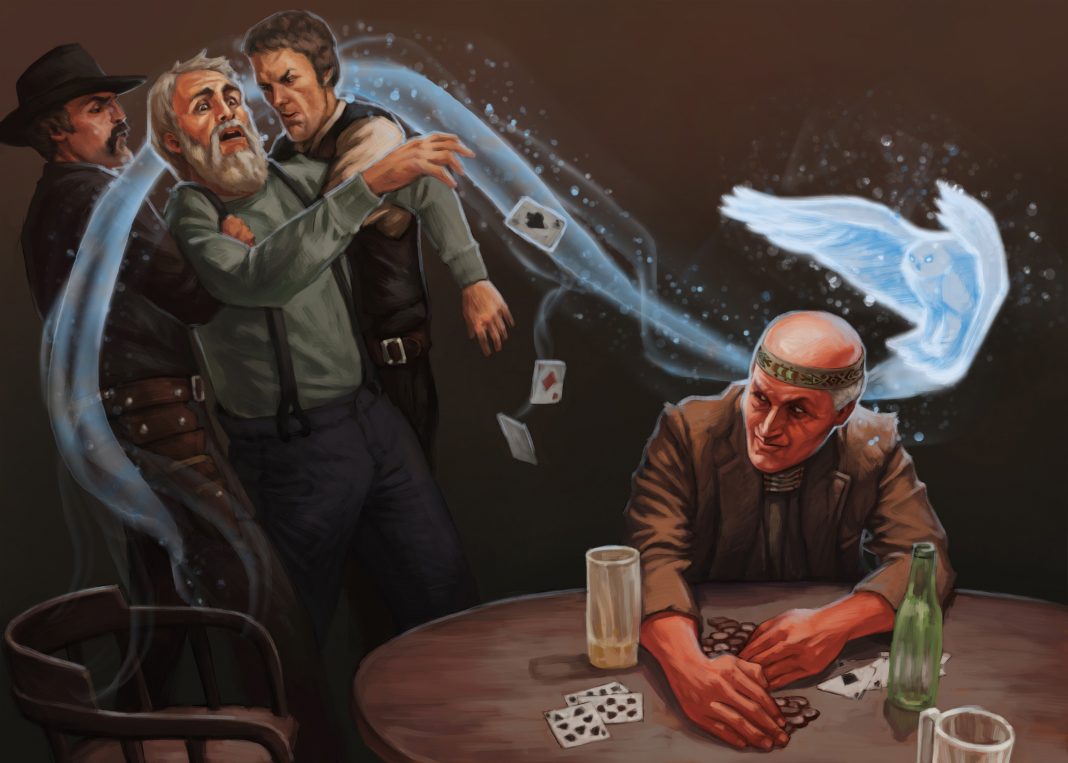 Butch Deuces didn’t like it, but he had no choice. The spirits hated being pestered for frequent favors, but how was he supposed to have known that fifteen minutes after he’d beseeched Elk to throw a little fortune his way at the craps table, Donald MacDroste would walk in wearing a fresh suit with fifty dollars just for chips at the poker table?

Old Man MacDroste rarely had two nickels to scrape together. If that leathery coot was throwing around money, he must have found something valuable out in the Maze. And if he found it near Gomorra, odds were pretty good that it was also dangerous in the wrong hands … something the Wardens might need to keep an eye on.

The only reason Chief Seven-Eagles put up with Butch was the gambler’s assurance that this town’s casinos were a fount of information, and someone like him was a natural fit to keep the Warden’s ear to the proverbial ground. If MacDroste found something big and Butch didn’t report on it, Stephen was going to stop giving him money to gamble away, and that would be no fun for anyone. He had to find out where the prospector got this new outflow of cash. To do that, he needed to stay at the poker table with him … he needed Owl.

“BUTCH! What the hell are you doing? You gonna draw a card?”

“What?” Butch said, snapping out of his scheming. Everyone at the table stared at him, waiting for him to take his turn. “Oh … sorry.” He placed two of his cards face-down on the table and picked up their replacements from the dealer. “Don’t mind me. I was just prayin’ to my heathen gods. Maybe if — I call upon the sight of Owl — he’ll allow me to see some decent cards!” He dropped his hand on the table in theatrical disgust.

“I don’t need no wise old Owl today, boys!” said MacDroste, tossing a chip into the pot. “No sir, I finally found my hot streak, and I aims to ride it out!”

Owl may have seemed wise wherever the white man came from. But here, he was a killer, and his great yellow eyes sought out one thing: weakness. Butch’s face tingled and burned as the spirit passed its blessing onto him, granting its boon, but letting him know that his line of credit was nearly tapped out. The lights in the room appeared to grow brighter. Slight hints of movement became magnified. There! The last man in folded, and now Butch saw relief scurry across MacDroste’s face like a field mouse. The old man had been bluffing, and Butch could see his tell, clear as day.

He tossed his ante into the pot as soon as it was emptied. “Good on ya, Donald,” he said. “But I got a good feeling about this next hand.”