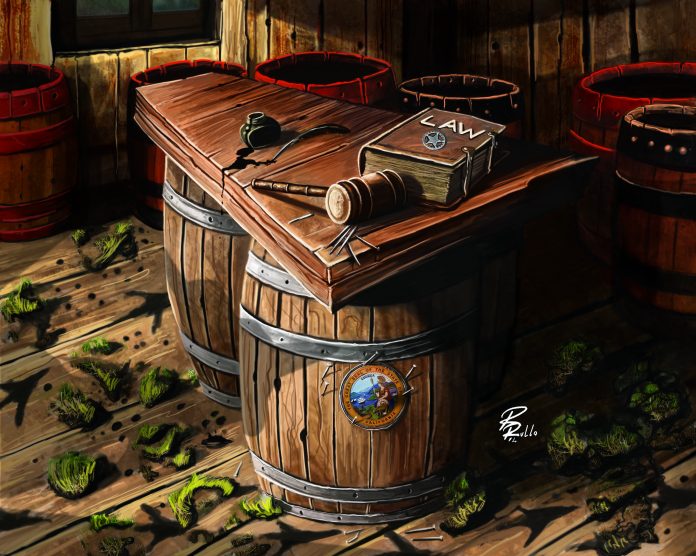 “Yes, this space should do nicely,” said Judge Harry Somerset as he paced the floor of the Killer Bunnies Casino. The early morning sun cast his shadow long against the wooden floor.

Sheriff Dave Montreal shifted on his seat at the oak bar. “Glad you approve, Your Honor.” Behind him, Clementine Lepp washed the previous night’s grime from the countertop.

“Please, Sheriff,” said the older man, running a finger through his thick black mustache, “call me Harry. Only criminals and lawyers call me ‘Your Honor’.”

“In my experience, Harry,” Dave said, draining the last of his coffee, “there’s not always a clear line between the two.”

Lawrence Blackwood awaited trial for murder in a jail cell across the way. After meeting with the outlaw’s lawyer, a rat-faced charlatan named Kaleo, Dave had pondered making those accommodations for two. Kaleo would use every trick in the book — maybe even write some new ones himself — to make sure that Blackwood strolled out a free man. If that didn’t work, Sloane would find a way to make trouble like she always did.

He slid his empty cup down the counter. “Just one more, hon.”

“You know,” Clementine said, pouring him another drink, “a few hours of shuteye might be a better bet than cup number three.”

“Remind me when this mess is over,” he replied, rubbing his eyes.

Somerset pulled up a stool and carefully removed his tinted spectacles. “I understand your need for an expedited trial, Sheriff, and I think we can all agree that moving this along will be in the town’s best interest.” He glanced across the bar and shot a gentleman’s smile toward the bartender. “And I especially want to thank the lovely Miss Clementine for donating this space on such short notice.”

Dave smirked at that. She had “donated” the place, alright, for a not-so-small fee. While he knew she was assisting the town in her own way, he couldn’t help but admire the woman’s ability to turn her own helping hand into a business opportunity.

Whatever the cost, Dave would have paid it three times over to help get this pony show over with. Even if Sloane didn’t come for her soldier, the town was getting restless. He wasn’t sure how long Blackwood would make it before a group of “concerned citizens” decided to mete out some justice of their own. This trial had to be over and done with fast. Repentant or not, Blackwood would swing, and that red bandana would finally wave in the breeze for all to see.

Dave stood, took a deep breath, and grabbed his Stetson from the countertop. “Alright,” he said, extending his hand, “let’s have us a trial.”

“I wonder if our new mayor will be in attendance,” said Somerset, taking Dave’s hand in a firm grip.