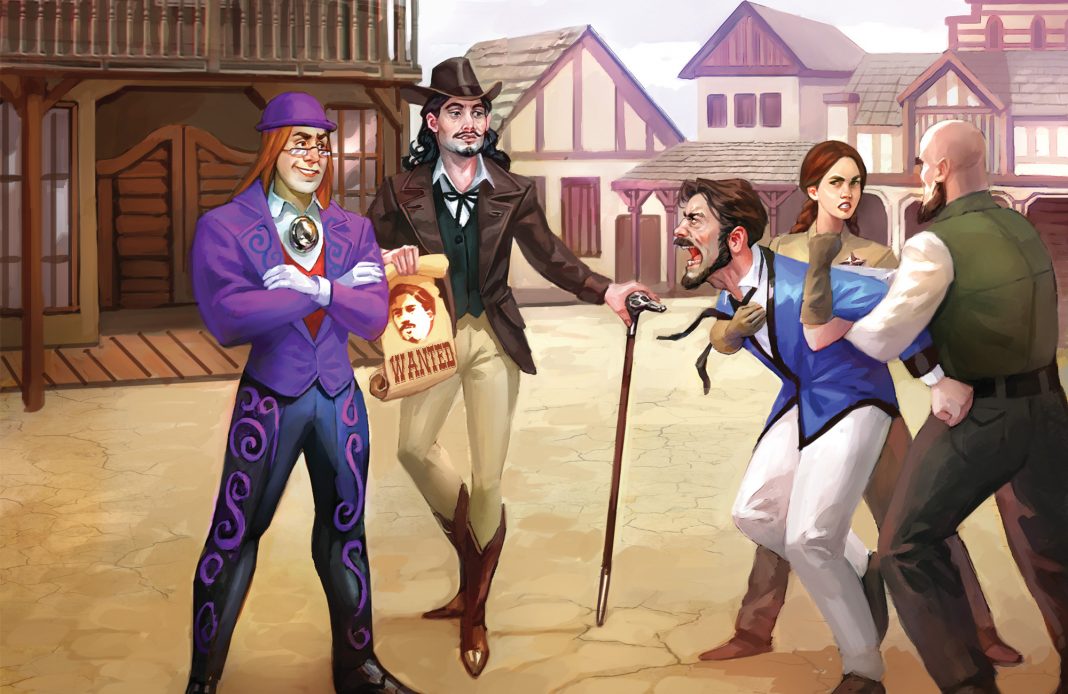 He hadn’t even looked up when Sheriff Grothe and Wendy Cheng walked into the jail. His head hung low, unshaven and dirty. This was not the clean, upstanding businessman from Gomorra’s past. His eyes were dead, the fight in them gone along with the lingering anger from Mayor Whateley’s very public, personal accusation hours earlier.

Silence loomed for another moment before Abram reluctantly started in. “Max, you’ve lived here longer than most. You’ve seen things the rest of us only hear about in stories.” Abram paused for breath. This wasn’t going to be easy.

“Apparently that doesn’t count for much. Word is that Whateley wants to see me swing,” Max said, still unmoving.

Abram frowned at the deputy. They’d talked before about Max’s situation when Wendy had told him that she and Max had been investigating the mayor. According to her, this was a vendetta. He believed in Max’s innocence, but the evidence couldn’t be ignored.

There was also the fact that the mayor sent his lapdog, Rafi Hamid, to insist that an example be made of Mr. Baine. For Abram, this was the clearest picture of where rocks and hard places met. The right thing likely meant political problems with Whateley and that, the understaffed law dogs couldn’t afford.

Max finally looked up at them. “You’re going to defend me?”

“Not exactly,” Abram said. “I’ve got a handful of eyewitnesses that say you mugged a defenseless citizen.”

“But I can’t just turn a blind eye to the whole thing. The best I can offer is a compromise,” Abram said.

“It means I’ll allow you to leave town. We’ll look the other way and consider the matter settled. You can move on with no warrants or targets on your back, and it’ll be enough to get the mayor off of mine. But you can’t show your face in Gomorra anymore, Max. If you do, there’ll be more trouble than either of us can handle. You understand?”

Max stared at Abram in disbelief for a long moment. “How can you allow the likes of Nicodemus Whateley and Lillian Morgan to run this town, when –” He sighed. “No, that’s not fair to you.” He turned, his eyes glimmering with tears. “I’ll do as you say, but heed my words, Sheriff. Watch where you make your bed,” Max said.

Abram said nothing. What more could he say to a man who had already been broken? This solution was the best for everyone. He stepped aside and allowed Max to leave the cell.

Max turned to her. “I know. Just be careful. Keep your head down,” Max said. He met Abram’s eyes once more and nodded in understanding before departing the jail, and the town of Gomorra.