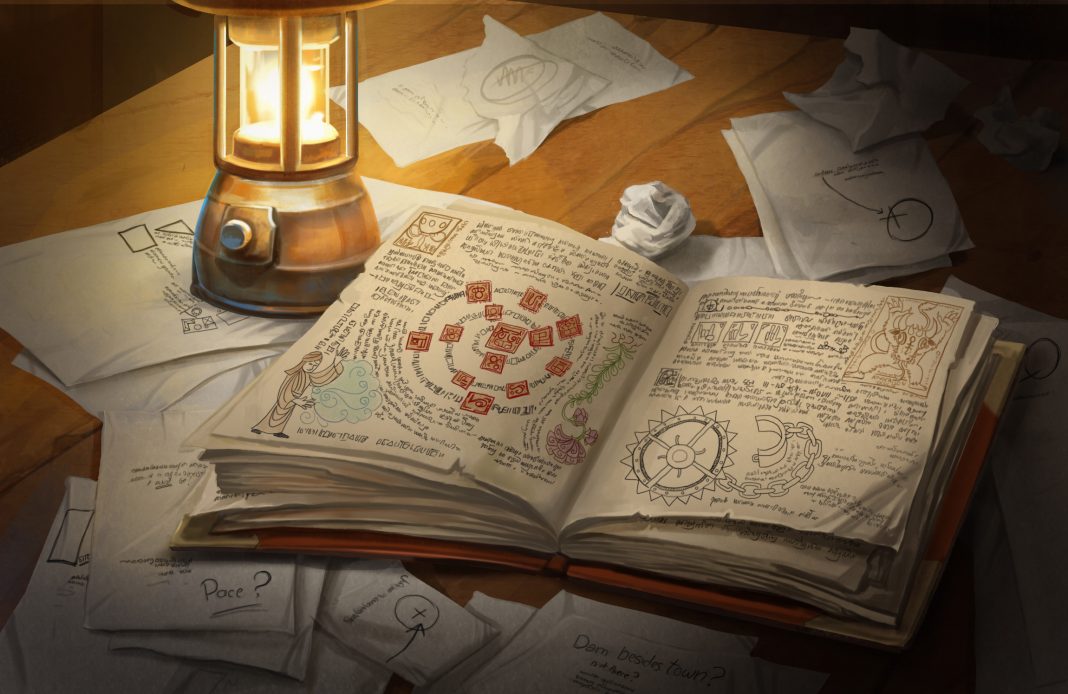 “It’s one of three volumes,” Valeria explained, pointing to the tome that lay open on the sheriff’s desk. “This is the first one, and each is over three hundred years old. Hawley had us buy it off a collector in Virginia. She said she had the others, but at the time, we thought it a waste. It took me months to begin a translation and I had to start anew several times because Kahler intermingled at least four different languages. I mean most of it’s gibberish, just the ravings of a lunatic. But now that we’ve seen –” She winced slightly at the memory. “– what we’ve seen … I’m sure of it. It’s all about the Fourth Ring. This book predicted this. I don’t know how, but it did, and –”

“And the other two predict something else,” Abram finished. “Hawley said this wasn’t over. He said there was more, which is why we have to go.”

Wendy stood across from him, arms folded, brow furrowed as she processed all of this. “I get it. But why’s it have to be you?” Wendy asked.

“ ‘Cause I don’t know of anyone else,” Abram shook his head. “We were the only ones who heard Ivor’s words. Whoever these people are — this ‘Fourth Ring’ — someone needs to stop them, and for all we know, we’re the only ones who even know they exist.”

“But what about us?”

“You’ll be alright. I don’t think we could ask for better timing. Pasteur’s cure is slow, but it’s working. And whatever’s left of the circus has made for the hills.”

“From what Lucy told us, I don’t think we need to worry about her for a while. And by the time she comes back … you’ll be ready.” He extended his hand, in which laid a silver star with the word “Sheriff” emblazoned across it.

“I told you before, Abram. I won’t wear that badge.”

“I know. But you’re the best person to find someone who will.”

Wendy sighed, taking the star from his hand. “I really can’t talk you out of this, can I?”

“When Hawley died, he said that more would be coming. He said they wouldn’t stop. Valeria’s book seems to know something about them. Whoever this Kahler fellow is, he saw this coming, all of it. And if we can find those other books, maybe we can get ahead of them. It’s the best way to keep Gomorra safe.”

“Prescott’s outside with the wagon,” Valeria said, closing the book and packing up the remainder of her things. “We should be going.”

“Go ahead,” he said. “I’ll be right out.” Abram turned back to Wendy and sighed. “Look, I can’t explain it, but there’s more to it.” He reached down and wrung the handle of the sword hanging at his side. “I have to do this, Wendy. Whoever this Fourth Ring is … I have to stop them. Standing there in front of Hawley, seeing that twisted grin, hearing that name, I knew … this is why I was brought to Gomorra.”

Wendy grimaced. “Damn it, I hate bein’ right.” She reached out and pulled Abram in close, squeezing him tight. “You hurry back.”

Abram returned the hug. He released her and smiled, squeezing her arms with his hands. “I will,” he said. And with that, he turned and walked out of the Gomorra Sheriff’s Office.