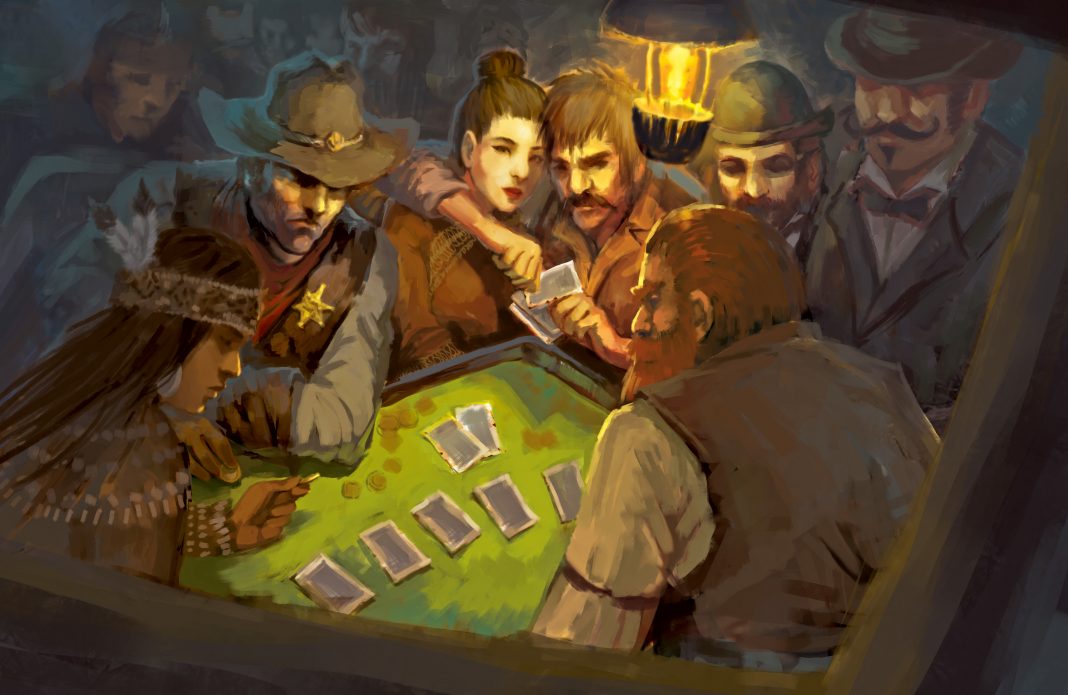 The dimly lit tables of Cooke’s Nightcap were sparsely populated as Forster Cooke stood behind the bar, surveying everything. Across the room, Asakichi wiped down the tables, and he gave her a big smile when she looked his direction. He was still smiling when he turned to the door and saw her standing there. He rubbed his eyes at first, momentarily failing to recognize Samantha. Her hair was wild from riding, a pistol holstered at her hip. She strode right to the bar and sat down before him.

“Samantha?” Forster said. Her hair and eyes reminded him painfully of her mother.

“It’s Sammy now, you know that.” The strength in her voice filled him with pride.

“I’m here to knock some sense into yer thick skull. You followed me here, didn’t you?”

“It’s not like that.” Forster reached out gently toward her.

She pulled away quickly. “Like hell it ain’t. If you think begging’s gonna get me to come back, you’ve got another thing comin’. I’m with Sloane now.”

“Samantha, you’ll always be my daughter. Your sister and I –”

“She ain’t my sister,” Sammy snapped, her eyes darting across the room to Asakichi with a glare sharper than a knife.

Forster looked between his two girls in despair.

Sammy snapped her fingers sharply, speaking up so half the saloon could hear. “Gomorra is Sloane’s town. You stay here, I can’t protect you, and I know you think you can, but you can’t protect me either.”

A man sat down beside Sammy, so quiet he could’ve been a ghost. “Good to see you again Sammy,” said T’ou Chi Chow, tenting his hands on the bar.

Sammy looked between Chow and her father, and then swore under her breath. “I shoulda known you’d end up out here, Chow. Gomorra’s only a slight step up from the Armpit. But you oughta know better than to drag my father along with you!”

Chow smiled, his calm demeanor unphased. “All wise men have wiser allies. Your father is a man of many talents.”

Forster leaned over the bar, his brow furrowed. “Mr. Chow is doing important work here. It was my decision to come with.”

Sammy turned back to her father. “Important work that’ll get you killed. Take my warning … you won’t get another one.”

Forster looked down at her and sighed. “I may be an old barkeep. But no one, not Sloane or the Mayor himself, can stop me from keepin’ my girls safe. Ain’t nothing gonna convince me otherwise.”

Sammy looked back at her father’s weathered features and nodded. She leaned in, just a few inches, but the intimacy meant the world to Forster. “I know, Daddy,” she whispered as she stood. “Just be careful.” Forster watched her leave, right up until the door stopped swinging.

The Bandit King smiled, tilting from side to side. “Daughters … bandit hordes … I don’t know which one is harder to manage.”

Forster nodded as he poured another whiskey for his friend.