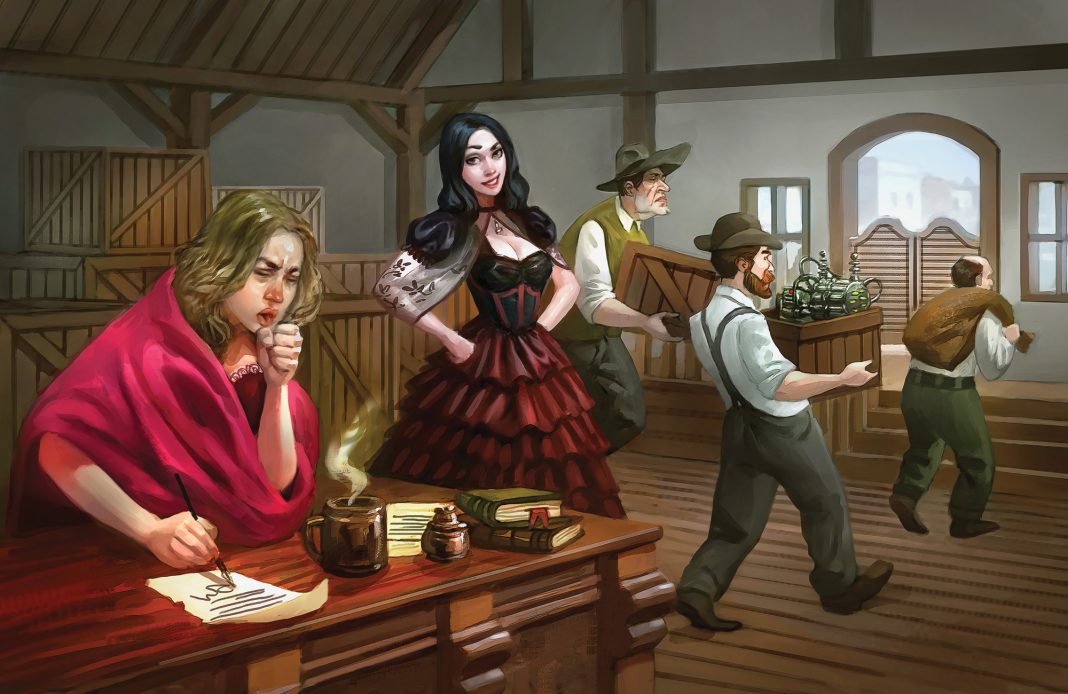 Lying there in her four-post bed, shivering, soaked in sweat, reeking and unkempt, Lillian Morgan could no longer remember a time in her life when she hadn’t been ill. She knew that such a time must have existed, but every memory of it escaped her. Was everything else just a feverish hallucination, a desperate dream to escape the sickness that defined her existence?
No, probably not. She couldn’t remember the last time she’d eaten solid food either, but given the contents of the bucket next to her bed she must have done that too.
“Lillian. You poor thing. You know I can’t stand to see you like this.”
Ugh. If this were a dream, Lillian probably wouldn’t have filled her fake history with anyone as intolerable as Tallulah Morgan. It would be filled with people who had a basic level of respect.
They’d dress nicer too.
Lillian rolled over to face the door with a groan, squinting at her visitor in a way she hoped was menacing. “What do you want, Lula?”
“For you to get better, dearest stepmother!” she responded. “That’s–”
“Can we PLEASE not do this dance today,” said Lillian, “I don’t have the energy.”
Lula put on a hurt expression before shrugging and crossing the room to sit on Lillian’s bed. “I have some papers for you to sign and–” She grimaced as she glanced into the nearby bucket.
“What could you have possibly put in there? I can’t even remember the last time you ate
something solid.”
“Asked myself the same question,” Lillian moaned.
Lula extended a gloved hand and dropped the papers on Lillian’s stomach. “Hawley needs more drilling and blasting equipment, but I can’t just lease it back out because you’re the title owner.
Everything’s ready for your signature. Oh, and there’s a contract in there that gives me control of the company, so I can stop bothering you for signatures.”
Lillian tried to express her disbelief, but all that came out was a cough. She knew Lula was
shameless, but this?
“Oh, don’t be so surprised,” the girl continued. “You’re in no condition to run anything. Even if I didn’t hate you, I’d be saying someone else should be in charge, and I doubt the court would be impressed by you running our company into the ground because you were too prideful to admit weakness. You’d lose everything. But relax, this is only partial control … equal partners, which we should have been anyway. So while you’re incapacitated, I’m in charge.”
Lillian didn’t like it. “Wouldn’t give anything to you,” she croaked, throat suddenly dry. She stared wistfully at the carafe of water on her nightstand, just out of arm’s reach. “Got other employees, even without Max.”
“Of course, I do hate you,” Lula continued as if she was just talking to herself, “so there’s no way I’d let anyone else in here to talk to you until I have what I want.” She glanced back at Lillian, then to the water on the nightstand. “I suppose I could smother you with a pillow, make it look like you died of your illness … but you might have more fight in you than I expect, and then instead of getting my father’s company by default, I’m on the hook for murder. So I think we can agree it’s best for both of us if you just sign the paper.”
Lillian was aghast, speechless, and so Lula added, “Hey, you said you didn’t want to dance
today. I’m just being frank.”
Lillian tried to look resolute, which was hard with her throat cracking and vision blurring. “Don’t threaten me. Won’t let you get away with it.”
“Please,” scoffed Lula. “I already have. Nobody sees you without getting through me first, you have no contact with the outside, and every nasty thing I say here could just be written off as your fevered hallucination. I own you. Making you sign away only half is a gift.” She thrust a pen toward Lillian. “Now sign the damned paper before your handwriting disintegrates too much to read.”
What choice did she have? Lillian signed her company away with one shaky signature. She told herself it would only be temporary, that when she was better she could fight back. She couldn’t make herself believe it.
Lula snatched up the contract with a grin and shoved the pitcher into Lillian’s reach. “Excellent! Now you just rest up without worrying about anything. Get well soon!” she chirped as she left.
“Pleasant dreams!”