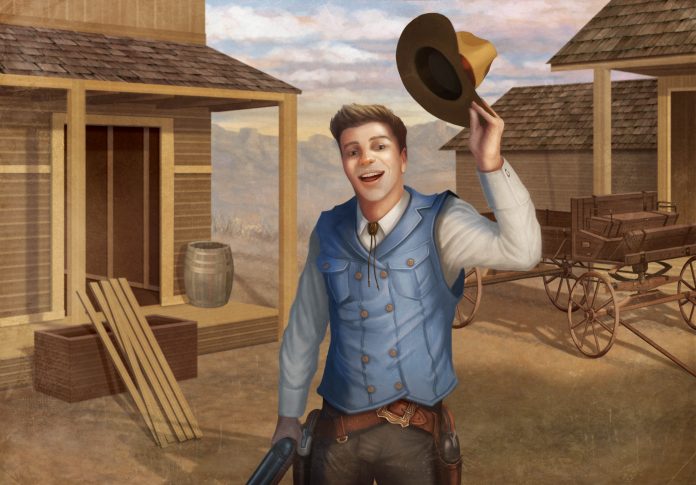 “Dave, there you are! It was Sloane again. Those bastards are getting bolder everyday,” Philip Swinford came charging up to me the moment I got on the scene. The kid was nice enough, but a bit… enthusiastic. He wants to be the West’s great detective. That’ll get beaten out of him soon enough and he’ll be thankful he’s made it through another day. In Gomorra even that can be a challenge.

Wendy had invited me to escort her to the circus. We were both lonely these days, a lot of new faces, but we missed the friends we had lost.
So I felt obliged to join her. I still can’t understand why Wendy has stayed in this hellhole. She should move on to greener pastures and find a happy future, like the others did.

When Lucy came to fetch me from the circus, I didn’t tell Wendy what was going on. Let her enjoy her night off. I kinda wanted to leave anyway, those clowns were creeping me out.

I surveyed the scene. You seen one stagecoach robbery you seen ‘em all. Seems the driver was killed, that complicates things.

Noticing Abram, I wave him over to find out what he’s got for me. “Abram, what’s the situation?”

“Well, Sheriff, it’s a Morgan coach, hauling mostly equipment, but it is reported there was ghost rock and US paper money on board.Neither are accounted for. There was a red bandanna tied around the spokes of one of the wheels. Seems to be Sloane’s calling card.” Abram was calm, which was always his way, slow to anger. “I almost had to arrest Lane Healey, again.”

“What’d that mudsill do this time?”

Abram shook his head slowly, “When I arrived he was on the scene, they had already removed several crates. Makes it hard for us to look for clues or determine what was actually taken.”

“Moron.” I made a mental note to talk to Baine about it in the morning. If Healey got in my way again, I’d arrest him and make Max come bail him out.

“Lucy, you know I don’t stand on formalities, and that it’s a title I only took hesitantly. Just call me Dave.”

“Sorry, Dave. I just wanted to tell you that Wylie picked up their trail. He took Bramble and it looks like they lit a shuck for Soddum, again. Should we gather the horses to chase the murderers down?” Lucy’s story was a sad one. The gal had lost everything and now buried her loss by eagerly helping others. But there was a little anger simmering underneath that. And a brutality I wasn’t against in this world we lived in, it’ll keep her alive. Still, she tended to go off half-cocked at most problems.

The last time I had seen Soddum, it had been decimated. I had no idea what waited for us now.

“No, the darkness is our enemy when rushing headlong into an unknown situation. Sloane could have an army waiting in that ghost town. And we wouldn’t know until it was too late. And because of Healey, we really don’t know what happened.”

“But the bandana, it was Sloane, right?”

“Sloane has hit other coaches of Morgan’s. Healey could’ve planted the bandana, hoping we would take care of Morgan’s problem for them. We’re gonna make someone pay for this, but not tonight.”

“Okay Dave, but I am ready to help take down those bastards when you are.” Lucy was too eager. The seemingly random killing of the driver was reminding her too much of her own family.

“Lucy, head home, I think we have everything here we need.” I turned and walked to Abram, “Those Morgan’s men?” “Yep,” He nodded.

I signaled the men over. “We’re done, clean up your mess and give that driver a decent burial. I’ll see your boss in the morning.” The men went right to work collecting the remaining crates.

Abram and I headed back toward the office. “I am sure it was Sloane, but who knows what is waiting for us out at Soddum? Can I trust you to figure it out? Maybe use Swinford and Andregg? Just scout it out and figure out what we are up against.”

“Not a problem. How was the circus?”

“Unpleasant. I’m sure those clowns are more dangerous than anything Sloane has.”